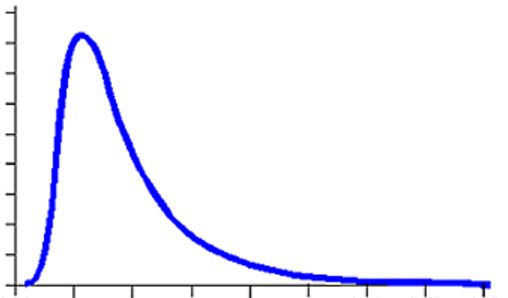 Buying a car battery jump starter can be confusing. When buying a jump starter, you will find that there is very little consistency among jump starter manufacturers in marking the jumpstarters. Some manufacturers list in their product specifications just peak amps, some cranking amps, cold cranking amps or just “amps”, some mAh and, quite usually, a combination of those. Some even list joules to confuse you even more. What’s the difference? Which one is a better reference and guidance to buying a jump starter for your atv, car, truck or snowmobile?

Here is a little list of definitions to help you know what is what in the world of jump starter terminology.

Peak Amps definition – generally, peak power ratings are there to impress and we suggest to always refer to the cranking amps and cold cranking amps when comparing jumpstarters if you have that information. If you don’t, which is quite often the case, you can take the peak amps as a comparator as most manufacturers are listing peak amp details these days. Then, the comparison of 400 peak amp jump starter vs. 1000 peak amp jump starter gives you an idea of which one is, in theory, “stronger”.

Cold Cranking Amps (CCA) definition – refers to the number of amps that a battery can push out for 30 seconds at 0° F without dropping under 7.2 Volts. Remember that a jump starter is basically just another battery supplying power to your car’s battery. It’s more difficult to start an engine during cold weather due to the thicker oil and increased movement resistance of internal parts in the engine – that’s why batteries tend to have both the CA and CCA ratings.

mAh – A milliampere hour (mAh) is 1000th of an ampere hour ( Ah ). Both measures are used to describe the energy charge that a battery will hold and how long a device will run before the battery needs recharging.

Joules – you can find a very detailed explanation on Wikipedia here but for the car battery jump starter situation, just forget them

Summary
In general, higher cranking amp ratings are better as this would be the actual power to start your battery. A jump starter with at least a 500 CCA rating should be able to start just about any vehicle with a dead battery. When is comes to peak amps, 1000 peak amp battery booster should start vast majority of common engines.

Speaking of peak power ratings, should you have multiple vehicles, you just need one car battery jump starter for all of them. Just make sure that it can start the largest vehicle. No need to worry about overloading the electrical circuits of smaller vehicles because the battery jump starters will only pull in enough power to start your car. When using a jump starter, power will flow into the dead battery and to the starter motor both, that is why it is harder to start a car with a battery that is completely dead, the dead battery will absorb more of the power.

If you suspect that your battery is dead or about to go dead, make sure to get the highest cold cranking amp rating. In case your battery dies, then this kind of jump box has the highest chance of reviving the dead battery.

If you are looking for a booster pack for your car or truck, check our list of best jump starters or best portable jump starters. 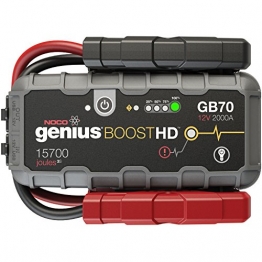 NOCO Genius Boost HD GB70 2000 Amp 12V UltraSafe Lithium Jump Starter Check price on Amazon
We use cookies to personalise content and ads, to provide social media features and to analyse our traffic. We also share information about your use of our site with our social media, advertising and analytics partners who may combine it with other information that you’ve provided to them or that they’ve collected from your use of their services. You consent to our cookies if you continue to use our website.OkNoRead more